FAWAKA with you(th): A writer explores LGBT rights and struggles amid the COVID-19 pandemic in UNICEF's blog on youth

It’s not about special LGBT rights, it’s about equality and basic human rights like everyone else.

The Sustainable Development Goals in Suriname

The agencies of the UN system are very pleased with this opportunity to convene with their government counterparts, to discuss and agree on the UN support towards the National Development Priorities for 2019 and 2020. They appreciate the desire of the Government of Suriname to engage in the discussions aimed at defining and refining the inputs of the UN in addressing national priorities of the Republic of Suriname.

On behalf of the UNCT, Mr. Alexis thanked the Government of Suriname for the ongoing and effective collaboration with the UN system and for embracing the process of the UN Multi-Country Sustainable Development Framework 2017 – 2021 (UN MSDF)
Read more
1 of 3
Story
01 April 2021
Launch of the gender analysis for national roadmap
Launch of the gender analysis for national roadmap UNFPA in partnership with UNDP, UNEP, FAO, and government entities will support the development of a National Roadmap for a Sustainable Financial System, to realize national development and climate change objectives through a joint project. The system must re-orient the flow of international and local resources toward more inclusive and gender responsive sustainable actions. It is intended to mobilize significantly new and additional financial resources from all sources. The creation of the sustainable financial system is in line with the implementation of sustainable forest management and nature-based solutions linked to Suriname priorities, while strengthening scientific and technical cooperation and partnerships. During the Launch, Judith Brielle –Liaison Officer of UNFPA in Suriname and Annette Tjon Sjie Fat, the consultant who was hired to carry out the gender analysis, presented. In order to be able to carry out the analysis, Mrs. Annette will work closely with financial organizations and institutions in Suriname, civil society and other groups
Read more
1 of 5
Story
09 October 2020
Regional Spotlight Initiative Programme launched to reduce family violence across Eastern Caribbean
BRIDGETOWN, Barbados - As Eastern Caribbean governments work to build back better in the wake of COVID-19, the United Nations and the European Union continue to scale up efforts to foster gender equality and respond to family violence through the launch of a USD$12.7M Spotlight Regional Caribbean Programme. This is part of the EUR 500 million with which the European Union is financing the Spotlight Initiative in all continents. A high-level virtual signing ceremony was today held to launch the Caribbean-wide Regional Programme, that aims to eliminate all forms of violence against women and girls (VAWG) and complements existing Spotlight country programmes in Grenada, Jamaica, Haiti, Trinidad and Tobago, and Guyana.  It brought together CARICOM and OECS leaders, representatives of the United Nations System and the European Union, as well as development partners, and civil society.   The Regional Spotlight Initiative entitled: “Strengthening Regional Cooperation to Prevent and Respond to Family Violence in the Caribbean” is being jointly implemented by four UN agencies -  UNDP, UNICEF, UN Women, and UNFPA -  and Heads of these funds and programmes, along with the UN Resident Coordinator, Didier Trebucq signed the joint programme document on behalf of the UN; while the OECS’ Head of Human and Social Development Cluster, Dr. Carlene Radix  and CARICOM  Deputy Secretary General, Ambassador Manorma Soeknandan  did so on behalf of these regional institutions. The document was also signed by Luis Maia on behalf of the European Union. In delivering Opening Remarks, UN Resident Coordinator for Barbados and the Eastern Caribbean, Didier Trebucq said the flagship partnership between the UN and the EU, in collaboration with regional partners and civil society organisations, sought to address family violence in all its forms.   He explained: “Recent studies published by UN Women for Grenada, Guyana, Jamaica, Suriname and Trinidad and Tobago show that the average lifetime prevalence of intimate partner violence is around 45 per cent in these countries. There is also significant risk for women who are victims of domestic abuse being killed by intimate partners and family members. We are all aware that the failure to frontally address these issues, by protecting and empowering women and girls, can and will derail the achievement of all SDGs, not only the SDG 5.” Head of Development Cooperation, Delegation of the European Union to Barbados, the Eastern Caribbean States, the OECS and CARICOM/CARIFORUM, Luis Maia, in delivering remarks, reiterated the European Union’s strong commitment to supporting gender equality and women's empowerment in the Caribbean.  “This is why we want to put a spotlight on this scourge and help women and girls to step out into the light. Indeed, it is time to leave violence behind. The commitment of the European Union delegation is not just lip service. The EU has invested an initial global commitment of 500 million Euros The Spotlight Initiative is also  a clear manifestation of our key support to multilateralism , to the UN reform and the Caribbean to which a total of 50 million Euros has been committed towards efforts across the region.” ... 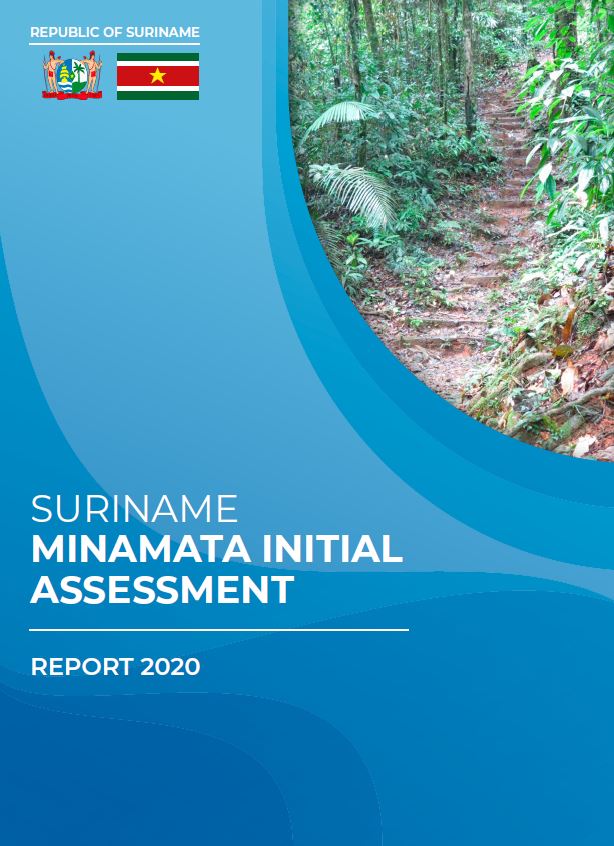 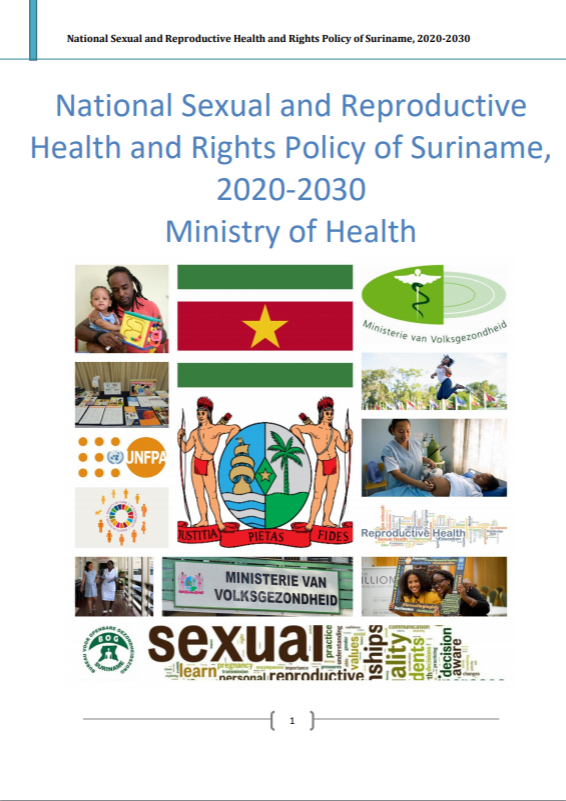 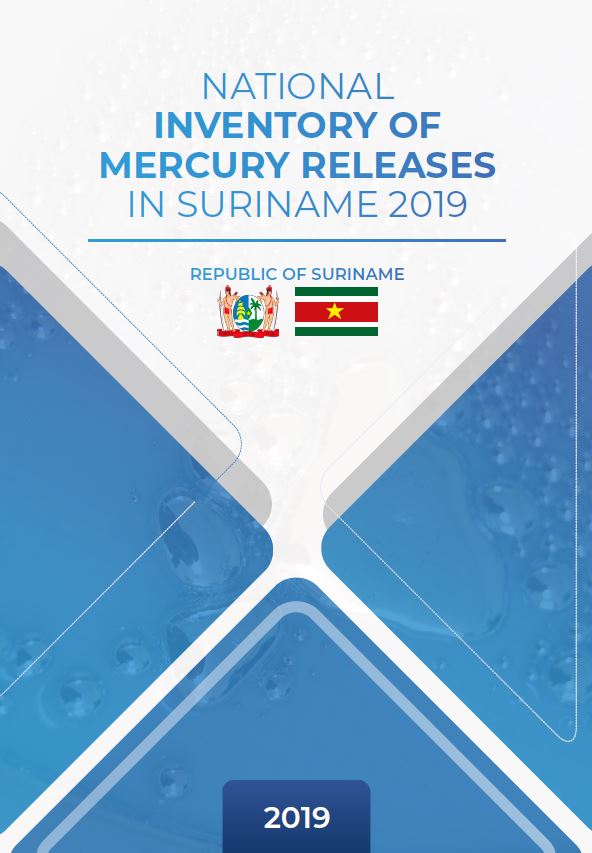 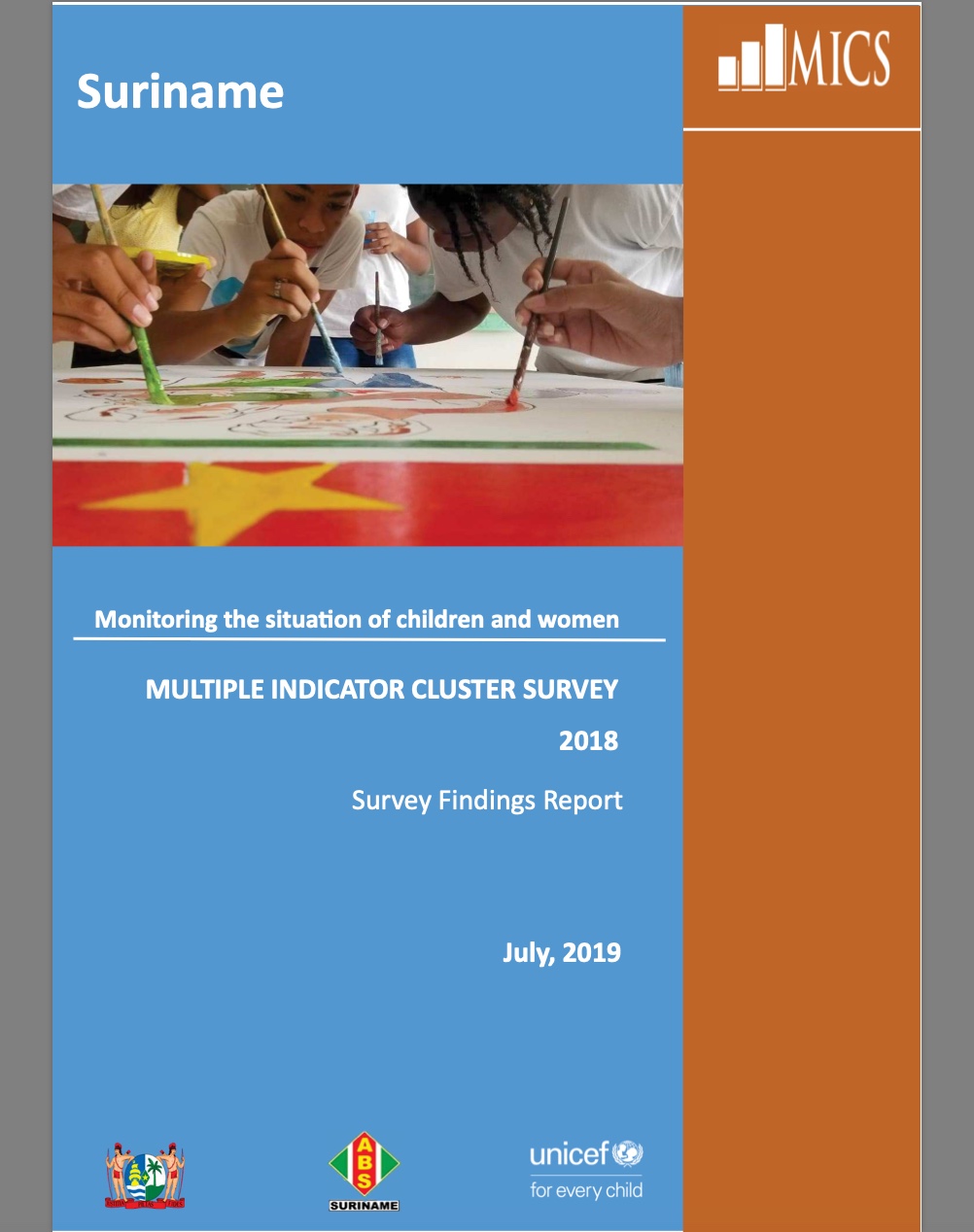 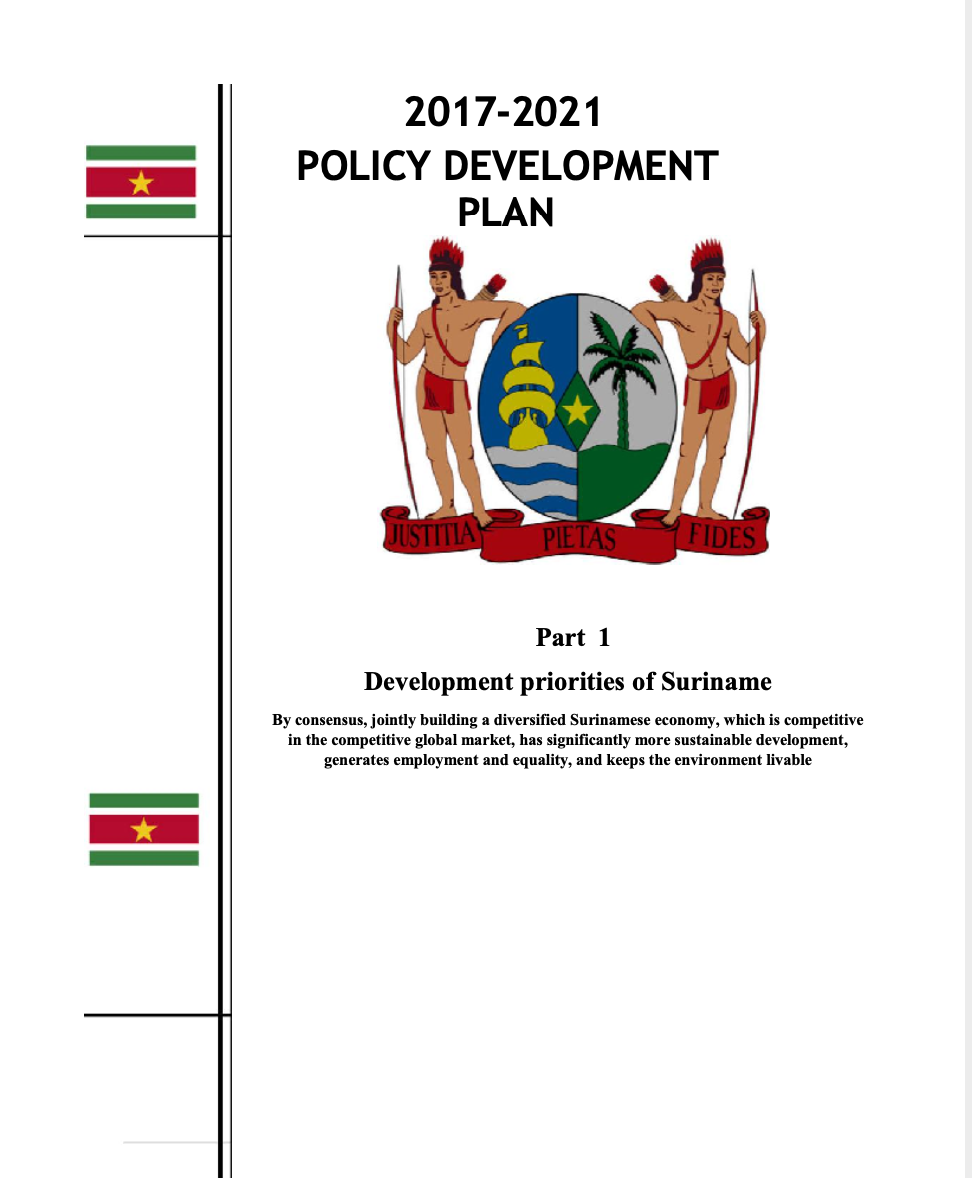 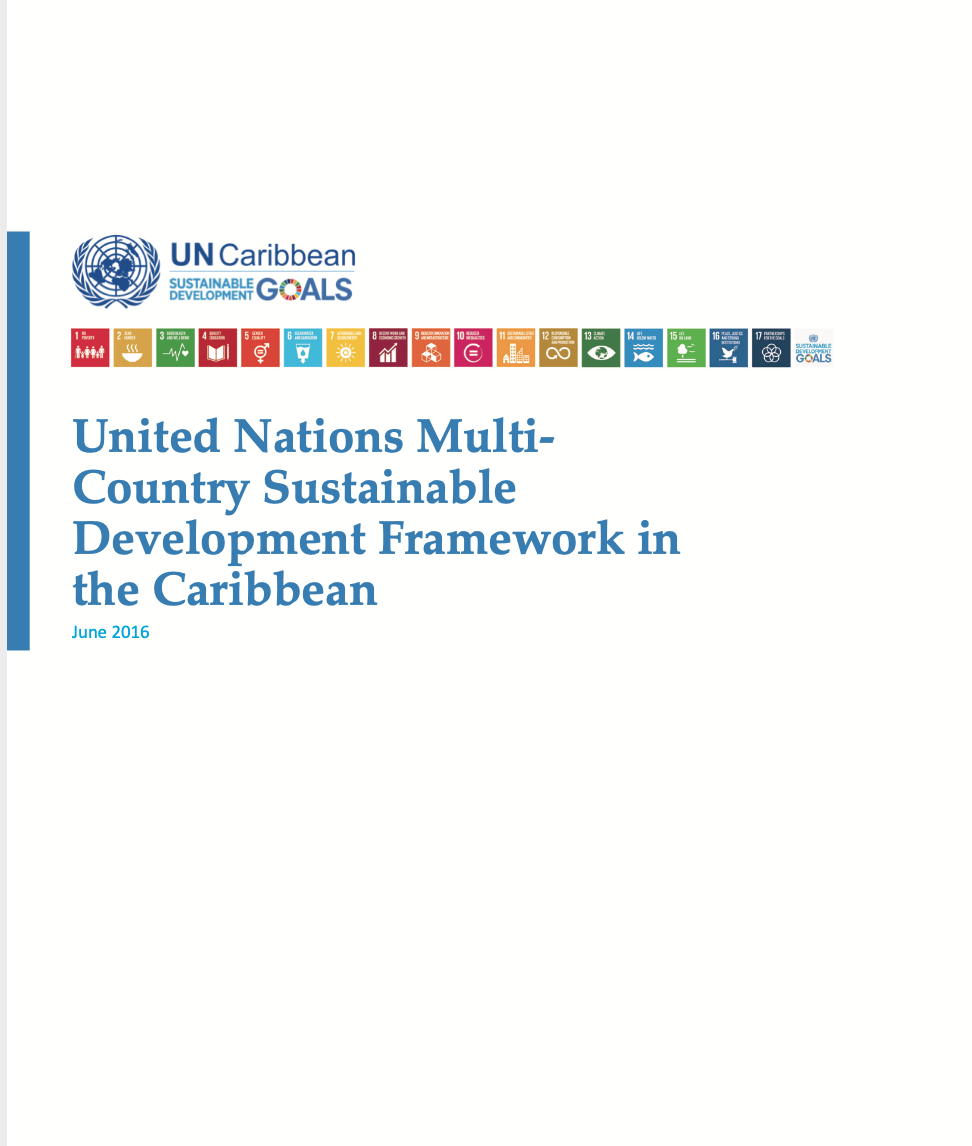