The United Nations in Suriname

For more than 60 years, the United Nations has supported the people and the Government of the Republic of Suriname through development aid and technical cooperation, ensuring respect for human rights, as outlined in the Universal Declaration of Human Rights.

The United Nations Country Team (UNCT) in Suriname carries out its vision of Delivering as One through a joint framework called the UN Multi-Country Sustainable Development Framework (UN MSDF) in the Caribbean.

The UNCT in Suriname implements the UN MSDF for the Caribbean guided by a Country Implementation Plan (CIP) for Suriname. This CIP operationalizes the higher-level outcomes of the regional programme into concrete, measurable and time-bound outputs and activities for Suriname. It is the annual plan which consolidates activities and expected results agreed upon between the Government of Suriname and the United Nations. 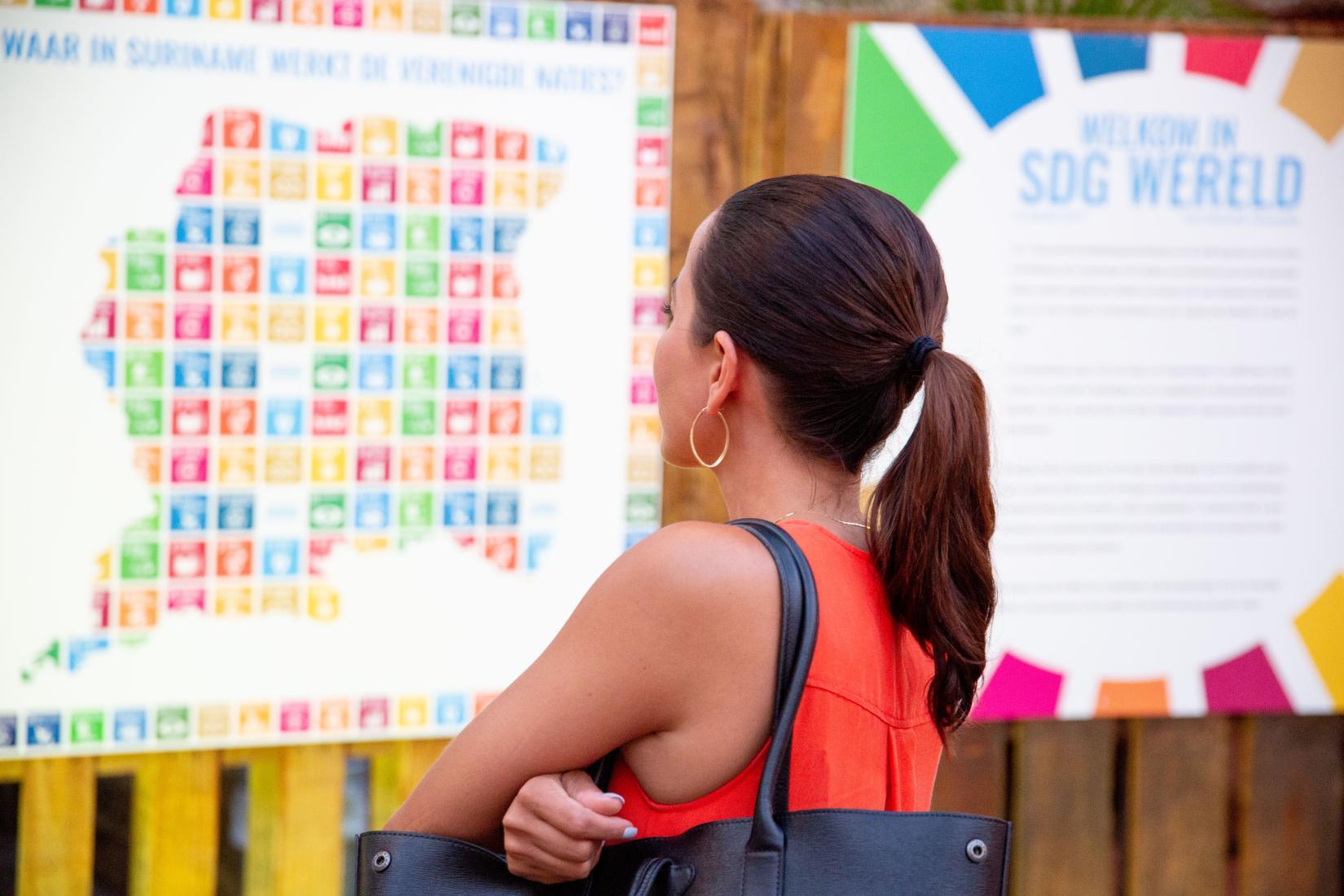 A picture taken during the first SDG Gallery in Suriname in commemoration of the UN 74th anniversary.
Photo | United Nations Suriname

The Sustainable Development Goals in Suriname

The Sustainable Development Goals are a global call to action to end poverty, protect the earth’s environment and climate, and ensure that people everywhere can enjoy peace and prosperity. These are the goals the UN is working on in Suriname: